Was Sharon Bialek Paid to Lie About Sexual Harassment against Herman Cain?

Who could turn down $5M+ deposited in an offshore bank account in exchange for lying about sexual advancements made by Herman Cain? Sharon Bialek, who seems more likely a Liberal from Chicago  with powerhouse celebrity lawyer and liberal activist Gloria Allred in her corner as opposed to the Tea Party supporter she claims to be. Well there is no evidence any money at all has been paid to Bialek, but many suspect Bialek is being paid to help derail Herman Cain’s campaign.

Bialek is being accused of making false accusations of sexual harassment against Herman Cain.  Bialek’s claims against Cain may begin becoming unglued if an independent private investigator, who wishes to remain  anonymous at this time, provides evidence showing Bialek is being paid to lie in order to derail Herman Cain’s presidential campaign.


A Spokesperson representing the PI firm claims that Democrat operatives are out to destroy Cain who is seen as a threat to Obama’s reelection. The source also confirms they  have evidence that the Democrat party plans to launch a similar smear campaign against Mitt Romney when the time is right. 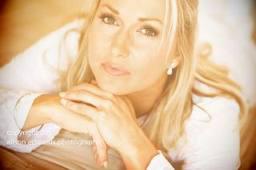 After hearing her statement read today at a news conference with Gloria Allred by her side, many felt Bialek’s story seems as if she was telling it (or reading it from her prepared statement) for the very first time.

Just as the country finally begins to refocus on our crippling $15 trillion national debt and the unacceptably high unemployment rate, now activist celebrity lawyer Gloria Allred is bringing forth more false accusations against the character of Republican front-runner Herman Cain.

All allegations of harassment against Mr. Cain are completely false. Mr. Cain has never harassed anyone. Fortunately the American people will not allow Mr. Cain’s bold “9-9-9 Plan”, clear foreign policy vision and plans for energy independence to be overshadowed by these bogus attacks

A 4th woman on Monday said that presidential candidate Herman Cain engaged in sexually inappropriate behavior with her more than decade ago, though Cain was not her supervisor at the time.


Sharon Bialek, is the first woman to publicly accuse Cain of inappropriate behavior, Bialek is claiming that Cain made sexual advances towards her in 1997, claiming he put his hand under her skirt and pushed her head toward his crotch after a they had dinner together. Bialek claimed also that Cain backed away after she asked him to stop. 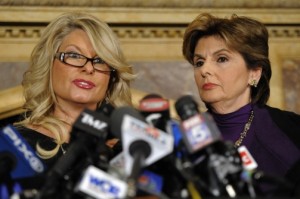 Bialek acted out her scene today at a press conference trying to muster up her best dramatic performance saying “I want you to come clean, Mr. Cain,” which wasn’t very convincing as she appeared in a New York City press conference at the Friars Club with her Celebrity attorney, Gloria Allred, who ONLY takes these kinds of cases.  Gloria is well known for being a vulture and if I threw a dress on and claimed a Conservative or Republican made a sexual advance or abusive gesture towards me, I could get her to represent me, a 57 year old retired drag queen, pro bono.  Allred is well known for her sly media savvy and for preying on women who she has convinced to launch legal suits against the rich and powerful.  Especially if these rich and powerful are NOT Liberals or Democrats.  I wonder why Allred didn’t chase down the massage therapist who claimed Al Gore made sexual advancements?

Bialek supposedly does not plan to sell her story or file a lawsuit against the Republican candidate for the White House. She said she was let go from the National Restaurant Association’s Educational Foundation in the summer of 1997 and asked to meet him for coffee a month or so later in Washington, to ask for his assistance with her job search.

She said she booked herself a room at a hotel two blocks from the White House and when she checked in, it was upgraded to a suite by Cain. They went to dinner at an Italian restaurant and after dinner Cain made unwanted advances toward Bialek in the car.

When she asked what he was doing, she said he responded by rhetorically asking her: “You want a job, right?”

She said she made it clear she was not interested and Cain backed off.