Al Sharpton, Spike Lee and Louis Farrakhan Say they are NOT Responsible for Black on White Hate Crime in Palmdale After Their Rally There 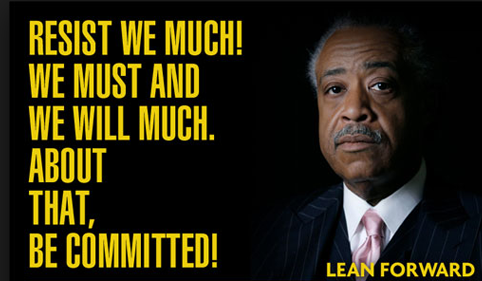 PALMDALE, Calif. (PP) – Seven black teens have been arrested after rally cries from New Black Panther leader Mikhail Muhammad, Spike Lee, Luis Farrakhan and Rev. Al Sharpton after they held a rally nearby. When questioned if they thought their rhetoric spurred this hate crime, the declined to answer. Although a person close to the Spike Lee and Sharpton rally claimed they had nothing to do with it.

The 7 blacks attacked a innocent 15-year-old White-Hispanic boy while he was simply walking home from school in Southern California, according to the Los Angeles County Sheriff’s Office. During the assault, the black teens made racially derogatory statements toward the Hispanic boy that were captured on video.

One of the men charged in the brutal beating of a West Seattle teen has been arrested. Jonathan Baquiring, 21, was arrested Tuesday evening. An arrest warrrant is still out for Ahmed Mohamed, 23.

Both are charged with malicious harassment, a hate crime. It was a crime that stunned a Seattle community, a teenager savagely beaten and burned for hours because the color of his skin. Now, arrest warrants have been issued for the men accused of the heinous attack.

For the first time in months there’s some relief on Tim McClellan’s face.

“Hopefully, it’s just a matter of time until they get picked up. It’s been a while, it’s been real aggravating,” said McClellan.

In January 5 blacks and 1 white wannabe in Chicago also beat up an innocent young boy.  Looks like Barack Obama, the first black president, is dividing America and pushing the USA back to pre 1950’s era.  Many expect Obama,  Sharpton,  Jessie Jackson, Luis Farrakhan and Jeremiah Wright to be the cause of the heightened racial tensions and civil unrest in America. Gun sales are at an all time high in history of the United States and have increased 60% since Barack Obama became president.


The March 14 beating in Palmdale was captured on video and posted on YouTube, but has since been removed from the site. The seven boys, ages 13 to 16, were arrested Wednesday for investigation of assault and committing a hate crime, Lt. Don Ford said.

The attack happened near Cactus Middle School, but Ford didn’t know if any of the teens involved were students there.

The video shows as many as 10 boys surrounding the victim and challenging him to a fight. The suspects then began hitting the teen while others watched.

During the beating, the teens made racially derogatory statements that were captured on the video, Ford said.

Many blame the racist fuel remarks and statements by Al Sharpton, Barack Obama and Luis Farrakhan that have led to more racial tension across the United States.

After the victim fell to the ground, the assailants kicked him multiple times in the head, knocked out several teeth and left shoe impressions on his skin, Ford said.

The victim was able to get to his feet and escape the onslaught, and will need to undergo dental surgery.

The teens who were arrested were identified from the video, which was discovered by a Palmdale sheriff’s deputy and has been retained for evidence. Authorities are not releasing the video.

Police are seeking three more suspects. An arraignment date has not been set yet.