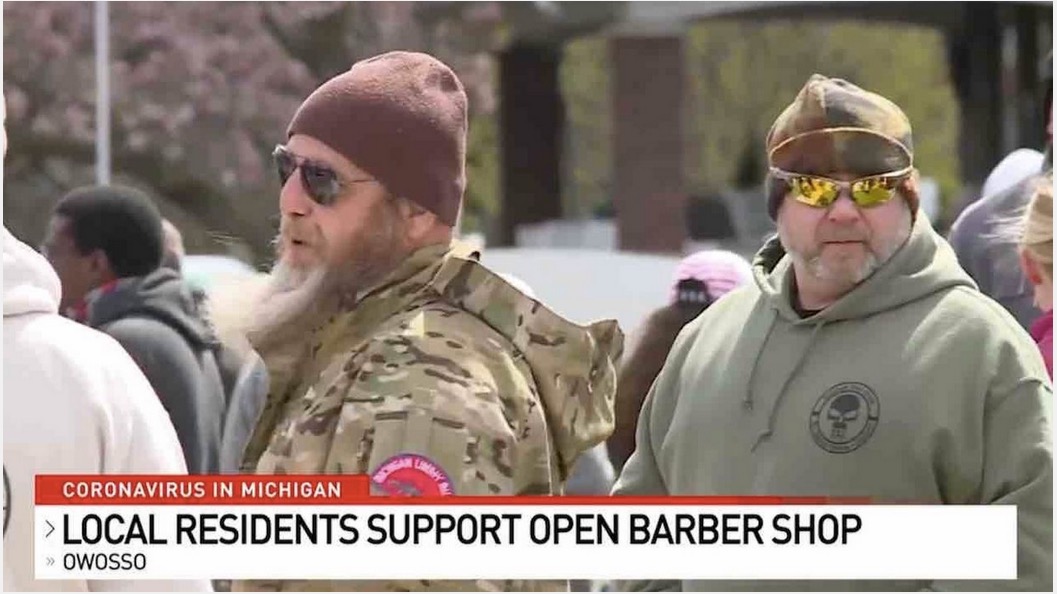 “We are here to make sure he doesn’t get arrested,” Daniel Brewer told the station Saturday. “We’re willing to stand in front of that door and block the entrance so the police will have no entry there today.”

The barbershop has been open since last Monday against state order and received a packed lobby of customers his first morning — as well as two citations before Friday, WEYI said in a previous story.

Still dozens of supporters gathered outside Manke’s barbershop Saturday, and 15 customers were waiting in line outside the door for haircuts.

‘I was denied twice on unemployment’

Manke told the station he followed Whitmer’s shutdown order for as long as he could — but after multiple extensions of the order and no money coming in after being twice denied unemployment, he had to return to work.

“I’m not trying to be a scofflaw. I’m trying to make a living,” he told WEYI. “I tried for the unemployment. I was denied twice on unemployment. I haven’t seen anything in one these other checks from the government.”

Manke speaking inside his barbershop as he was cutting a customer’s hair told the Detroit Free Press that Whitmer “is not my mother” and “I just made an adult decision that I was gonna open up.”

Imminent danger to the public health’

On Friday night, state police issued Manke a health protection order from state Attorney General Dana Nessel’s office demanding he close his shop, noting that customers from Ann Arbor, Saginaw, Detroit, Jackson, and other areas have visited his business, which raises the risk of spreading the coronavirus, the station said.