During her Superbowl 51 Halftime performance Lady GaGa took a Jab at Trump’s travel ban and immigration policy, and most likely his Southern Border wall plans, albeit in a manner most would not have picked up on. Gaga performed “God Bless America” but then following it up with Communist sympathizer and folk singer Woody Guthrie’s protest song “This Land is Your land”.

Guthrie originally titled his song “God Blessed America for Me”. During the 1960s, Irving Berlin’s “God Bless America’ was used by Christian conservatives in the U.S. to signal their opposition to secular liberalism and to silence dissenters who were speaking in favor of communism or in opposition to the U.S. involvement in the Vietnam War.

“There was a big high wall there that tried to stop me. The sign was painted, said ‘Private Property.’ But on the backside, it didn’t say nothing. This land was made for you and me.” 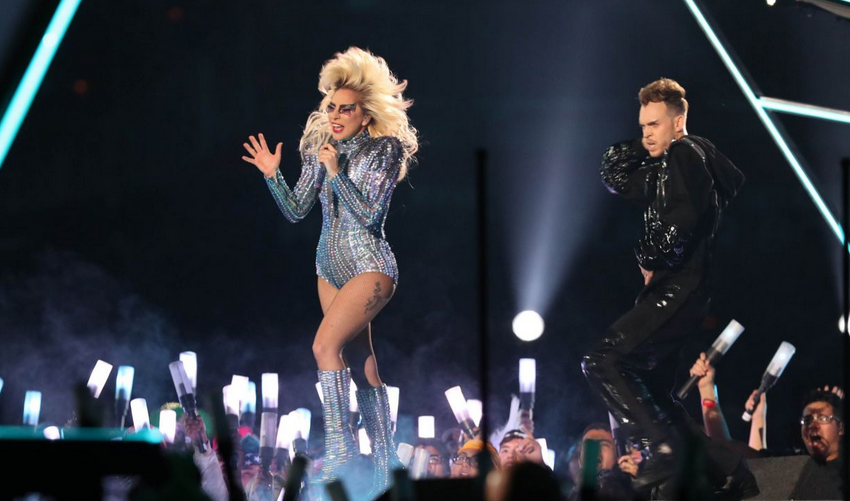 Woody Guthrie wrote another protest verse that wasn’t recorded until later and was performed and recorded by his son, Arlo Guthrie, as well as Pete Seeger. They even made a point to sing the more radical verses to “This Land Is Your Land,” and they also revived verses that Guthrie wrote but never officially recorded. This verse was found by, and is still in possession of, Woody Guthrie’s daughter, Nora.

As I went walking, I saw a sign there,
And on the sign there, It said “no trespassing”. [In another version, the sign reads “Private Property”]
But on the other side, it didn’t say nothing!
That side was made for you and me.

In the squares of the city, In the shadow of a steeple;
By the relief office, I’d seen my people.
As they stood there hungry, I stood there asking,
Is this land made for you and me?

Throughout his life, Guthrie was associated with many Communist groups in the United States. Guthrie wrote a column for the Communist newspaper, People’s World. He performed many benefit concerts in the Communist circles in Southern California.

Guthrie’s father, Charles, heavily involved in politics in Okfuskee County, Oklahoma, raped and hung a black woman and her son from a bridge. He was a member of the Klu Klux Klan. 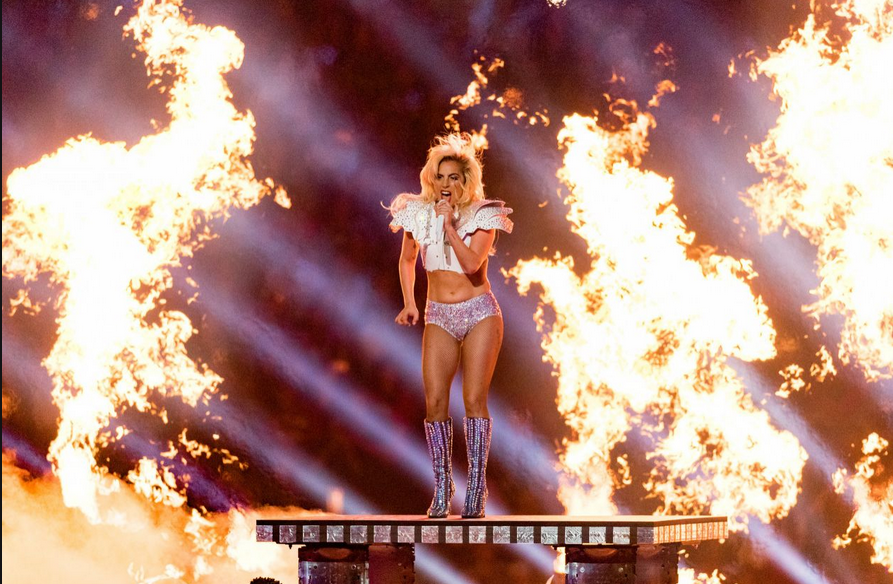 Most people are not aware of the fact that folk singer Woody Guthrie wrote the song This Land is Our Land in response to Irving Berlin’s God Bless America. In 1940 Guthrie, a Communist sympathizer and American folk singer stole the melody of This Land is Your Land from an existing melody, a Carter Family song called “When the World’s on Fire”. He wrote the song in criticism of Irving Berlin’s “God Bless America.” after Guthrie got tired of hearing Kate Smith sing God Bless America on the radio in the late 30s.

Initially Woody Guthrie wrote his song, sarcastically titled “God Blessed America for Me” before renaming it “This Land Is Your Land.” The original lyrics to This Land is Your Land were as follows: “There was a big high wall there that tried to stop me. The sign was painted, said ‘Private Property.’ But on the backside, it didn’t say nothing. This land was made for you and me.”

Lady Gaga buried her protest in a way most people would not pick up on. But we did. 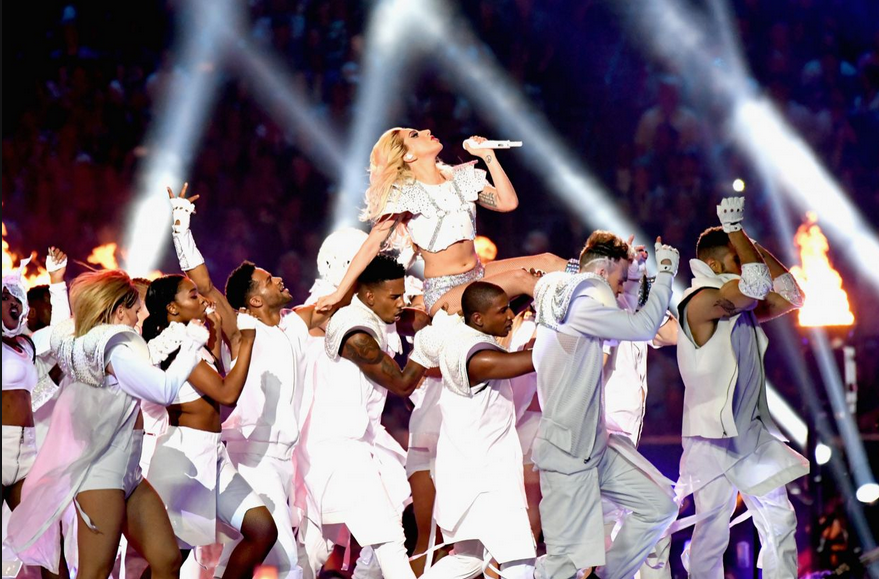