Mounds of New Evidence shows there is NO Global Warming! 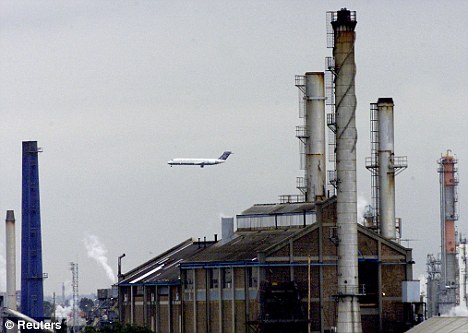 James Delingpole is a writer, journalist and broadcaster who is right about everything. He is the author of numerous fantastically entertaining books including 365 Ways to Drive a Liberal Crazy, Welcome To Obamaland: I’ve Seen Your Future And It Doesn’t Work, How To Be Right, and the Coward series of WWII adventure novels. His website is www.jamesdelingpole.com. 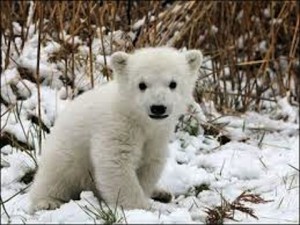 Panic over: he’s going to live!

The headline of this post really shouldn’t be controversial. It chimes perfectly with what Kevin “null hypothesis” Trenberth wrote in that notorious 2009 Climategate email to Michael Mann:

And it’s what Phil Jones admitted in a BBC interview when he said that there had been no “statistically significant” warming since 1995.

Why then am I mentioning it now? W-e-l-l, because just as ze war is to the Germans, Chappaquiddick is to the Kennedy family and that Portland masseuse incident to Al Gore, so the recent lack of warming is to the, er, Warmists. They hate it. It’s an affront to everything they believe in. Damn it, if the world isn’t warming with the alacrity they’d prefer, how are they going to keep the funding gravy train going, and how are they going to persuade an increasingly sceptical populace that the “science” is “settled”, the debate over and the time for action is now? That’s why they can’t reminded of the truth often enough. It’s like salting the slugs that are ruining your garden: necessary, but also kind of fun too.

Consider their latest desperate effort in fudge, denial, and duplicity. It concerns a new report which – if you believe the Guardian and Michael Mann – confirms that man-made global warming is even more man-made and more happening and more dangerous than at any time ever.

Michael E Mann, at Pennsylvania State University and not part of the research team, said the study was “a very solid, careful statistical analysis” which reinforces research showing “there is a clear impact of human activity on ongoing warming of our climate”. It demonstrated, Mann said, that “the claim that ‘global warming has stopped’ is simply false.”


Actually the paper Reconciling anthropogenic climate change with observed temperature 1998-2008 [PDF] by a team led by Robert Kaufmann at the Department of Geography at Boston University demonstrates no such thing. What it shows – yet again and in excelsis – is the chutzpah and threadbare desperation of the “scientists” involved in the Great Global Warming Boondoggle. Rather than admit that their Ponzi scheme is dead in the water, they try to dazzle us with new imaginative theories which prove that, even though they’re wrong they are in fact right.

No global warming since 1998? Simple. All you’ve got to do – as Kaufmann et al have done – is apply the Even Though We’re Wrong We’re Right Panacea Get-Out Formula. In this instance the ETWWWRPGOF (as it’s snappily known) involves Blaming The Chinese. Yep, it turns out all that pollution that Chinese are pumping into the air thanks to their unhealthy obsession with economic growth and giving better lives to their children is actually counteracting the effects of Man Made Global Warming.

“Results indicate that net anthropogenic forcing rises slower than previous decades because the cooling effects of sulfur emissions grow in tandem with the warming effects greenhouse gas concentrations. This slow-down, along with declining solar insolation and a change from El Nino to La Nina conditions, enables the model to simulate the lack of warming after 1998,” the team explains.

Their argument is totally unconvincing to me. However, the link between flat/cooling global temperature and increased coal burning in China is certainly an interesting argument from a political perspective. The scientific motivation for this article seems to be that that scientists understand the evolution of global temperature forcing and that the answer is forced variability (not natural internal variability), and this explanation of the recent lack of warming supports a similar argument for the cooling between 1940 and 1970. The political consequence of this article seems to be that the simplest solution to global warming is for the Chinese to burn more coal, which they intend to do anyways.

As is David Whitehouse at the GWPF:

Tweaking computer models like this proves nothing. The real test is in the real world data. The temperature hasn’t increased for over a decade. For there to be any faith in the underlying scientific assumptions the world has to start warming soon, at an enhanced rate to compensate for it being held back for a decade.

Despite what the authors of this paper state after their tinkering with an out-of-date climate computer model, there is as yet no convincing explanation for the global temperature standstill of the past decade. 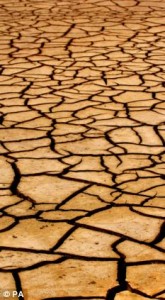 As indeed might you and I be. For years the Warmists have been telling us that they’re so sure of their computer models that they know, they just know, that CO2 has a forcing effect on global temperatures and that combined with positive feedbacks this is going to cause catastrophic warming. And now they’re saying, without a blush, “Well all right, some of those feedbacks might actually be negative and, er, completely cancel out the terrifying thing we were telling you to worry about. But don’t stop worrying, for God’s sake. Whatever is happening is still worrying, very worrying. And if you give us a bit more time we’ll come up with a paper explaining just why it’s worrying.”

Meanwhile, further evidence emerges that “science” informing the IPCC’s prognostications of Man Made Climate Doom is junk science. It comes courtesy of Nic Lewis, the man who helped expose the flaws in a paper about Antarctic temperature trends, who has now noticed another instance in which the IPCC has been torturing innocent data – sorry: made a perfectly innocent mistake quite accidentally with no bad intention whatsoever – to suit its twisted ends.

The IPCC Fourth Assessment Report of 2007 (AR4) contained various errors, including the well publicised overestimate of the speed at which Himalayan glaciers would melt. However, the IPCC’s defenders point out that such errors were inadvertent and inconsequential: they did not undermine the scientific basis of AR4. Here I demonstrate an error in the core scientific report (WGI) that came about through the IPCC’s alteration of a peer-reviewed result. This error is highly consequential, since it involves the only instrumental evidence that is climate-model independent cited by the IPCC as to the probability distribution of climate sensitivity, and it substantially increases the apparent risk of high warming from increases in CO2 concentration.

Matt Ridley explains the significance of this better than I can:

This mistake is central to the IPCC’s case, not peripheral. It undermines the credibility of the case for urgent action against climate change and strongly supports the argument that, other things being equal, CO2 doubling will not cause more than a mild and net beneficial warming.

Now can we have our economy back, please?