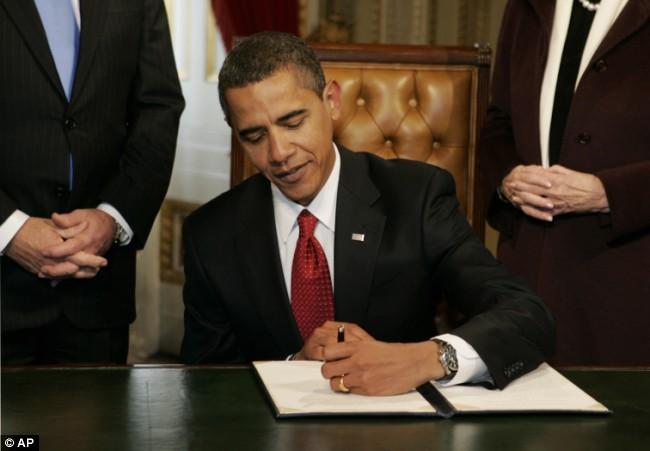 When the Obama administration releases a report on the Friday before a long weekend, it’s clearly not trying to draw attention to the report’s contents. Sure enough, the “Seventh Quarterly Report” on the economic impact of the “stimulus,” released on Friday, July 1, provides further evidence that President Obama’s economic “stimulus” did very little, if anything, to stimulate the economy, and a whole lot to stimulate the debt.
obama walks alone

The report was written by the White House’s Council of Economic Advisors, a group of three economists who were all handpicked by Obama, and it chronicles the alleged success of the “stimulus” in adding or saving jobs. The council reports that, using “mainstream estimates of economic multipliers for the effects of fiscal stimulus” (which it describes as a “natural way to estimate the effects of” the legislation), the “stimulus” has added or saved just under 2.4 million jobs — whether private or public — at a cost (to date) of $666 billion. That’s a cost to taxpayers of $278,000 per job.

In other words, the government could simply have cut a $100,000 check to everyone whose employment was allegedly made possible by the “stimulus,” and taxpayers would have come out $427 billion ahead. 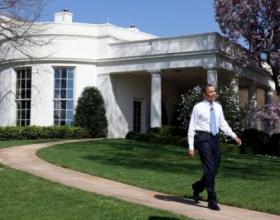 Again, this is the verdict of Obama’s own Council of Economic Advisors, which is about as much of a home-field ruling as anyone could ever ask for. In truth, it’s quite possible that by borrowing an amount greater than the regular defense budget or the annual cost of Medicare, and then spending it mostly on Democratic constituencies rather than in a manner genuinely designed to stimulate the economy, Obama’s “stimulus” has actually undermined the economy’s recovery — while leaving us (thus far) $666 billion deeper in debt.

The actual employment numbers from the administration’s own Bureau of Labor Statistics show that the unemployment rate was 7.3 percent when the “stimulus” was being debated. It has since risen to 9.1 percent. Meanwhile, the national debt at the end of 2008, when Obama was poised to take office, was $9.986 trillion (see Table S-9). It’s now $14.467 trillion — and counting.

All sides agree on these incriminating numbers — and now they also appear to agree on this important point: The economy would now be generating job growth at a faster rate if the Democrats hadn’t passed the “stimulus.”