Obama Fails to Unite Once Again, Refuses to comment on Trump’s inauguration boycott by fellow Dems : ‘All I know is I’m going to be there’ 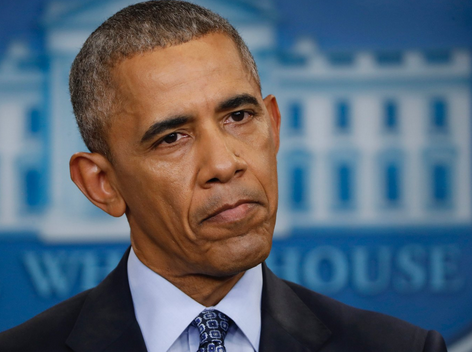 Even in his last 48 hours as president, Barack Obama refuses to unite America and the two political parties. The most divisive president in history has squandered his presidency on division, class warfare and racial divide. Obama had an opportunity to unite America in his last press conference, however refused to do so. President Obama isn’t going anywhere after Friday and the country is going to hear from him A LOT. And those who consider him a failure welcome him to keep being who he is, because that it was got the Democrat party in trouble in the first place. Therefore, keep it up and perhaps there will never be another Democrat elected to public office ever again! Obama declined to comment on Wednesday when asked about congressional Democrats who have announced plans to boycott President-elect Donald Trump’s inauguration.

“With respect to the inauguration, I am not going to comment on those issues,” Obama said. “All I know is I’m going to be there. So is Michelle.”

Fox News reporter Kevin Corke had asked the president, who has stressed he wants a peaceful transition of power, about Democrats declining to attend the inauguration.

Dozens of Democrats, including civil rights icon John Lewis, have said they won’t participate in the festivities.