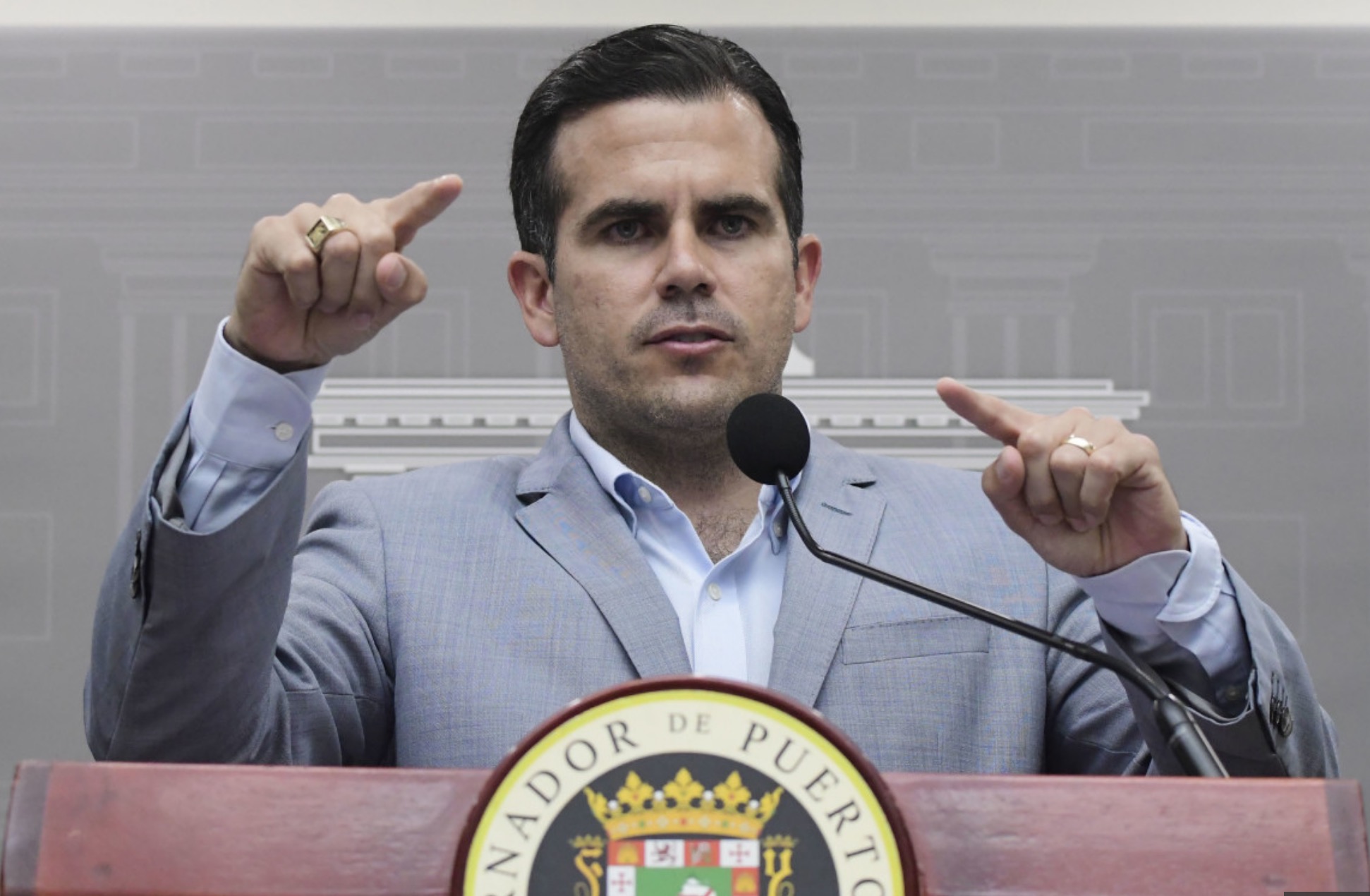 SAN JUAN, July 23 (Reuters) – Puerto Rican officials on Tuesday executed search warrants for the mobile phones of Governor Ricardo Rosselló and his top associates amid scandals that have provoked 10 days of protests demanding his resignation and took a toll on tourism.

The sometimes-violent demonstrations, which drew an estimated 500,000 people to the streets of San Juan on Monday, are the latest crisis to rock the bankrupt island as it struggles to recover from a hurricane two years ago that killed some 3,000 people.

The publication on July 13 of chat messages in which Rosselló and aides used profane language to describe female politicians and openly-gay Puerto Ricans such as Ricky Martin unleashed simmering resentment over his handling of 2017’s hurricane Maria, alleged corruption in his administration and the island’s bankruptcy process.

Puerto Rico’s Justice Department last Wednesday requested the phones of Rosselló and his aides as part of an investigation into the chat scandal, nicknamed “Rickyleaks.”

The court-ordered search warrants issued in San Juan on Tuesday targeted Rosselló as well as the phones of 11 associates involved in the chat, said Mariana Cobian, spokeswoman for the Puerto Rico Justice Department.

“A court authorized yesterday search warrants that are being executed today,” Cobian said in a statement.

Since then, only Chief of Staff Ricardo Llerandi has said publicly he handed over his phone. Llerandi gave his resignation on Tuesday, saying he had received threats and he needed to put his family’s well-being first.

He was the latest in a string of government officials to resign over the chat scandal.

Cobian declined to say whether the governor had surrendered his mobile.

The protests were also sparked by U.S. authorities’ announcement of a federal indictment involving six people, including two former high-ranking Puerto Rico government officials, charged with conspiracy and other crimes in connection with millions of dollars earmarked for federal Medicaid and education funds.

A first-term governor in his first elected office, the 40-year-old Rosselló has thus far resisted calls to step down as leader of the U.S. territory and its 3.2 million residents, though he has vowed not to seek re-election in 2020.

“The people are talking and I have to listen,” Rosselló said in a statement on Tuesday. He has apologized for the chats on several occasions and asked Puerto Ricans to give him another chance.

The island’s leading newspaper, prominent Democratic officials and Republican President Donald Trump have all called on Rosselló to step down.

The federally created board overseeing the island’s bankruptcy, disliked by many Puerto Ricans for its fiscal austerity proposals, said it had “admiration” for those taking to the streets.

“Elected officials and government employees must understand and accept that their job is to serve the people of Puerto Rico, not insiders, special interests or their own political careers,” the board said in a statement on Tuesday.

The protests have begun to hit the island’s economy, with tourism officials estimating five cruise ships that canceled stops in San Juan cost local shops, restaurants and other businesses some $3.25 million in sales.

Some restaurant owners bemoaned the loss of business, even as some backed protesters’ goals.

Jose Santaella, 50, one of San Juan’s top chefs, said his eponymous restaurant was closed on Sunday and Monday but reopened on Tuesday.

“We have to wait a little bit, maybe a couple of days to get the right perspective of what is going on,” he said, adding that he would like to see Rosselló step down. “If he doesn’t quit, there are going to be more marches.” (Reporting by Marco Bello; additional reporting by Luis Valentin Ortiz in San Juan, Nick Brown in New York, Zachary Fagenson in Miami and Karen Pierog in Chicago; writing by Scott Malone and Andrew Hay; editing by Jonathan Oatis and Rosalba O’Brien)