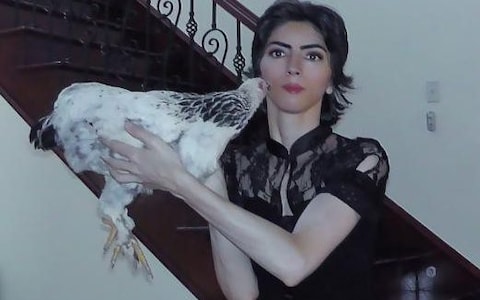 Although for some strange reason the American Left and a handful of, otherwise silent, Democrats tried and did blame the NRA for the shooting that took place by a Muslim Woman who is a animal rights activist. YouTube employees are planning a march on Washington and at the headquarters of PETA as well as the Iranian meat market in Brooklyn after laying blame on Animal rights groups, such as PETA who clearly drive their supporters to commit acts of terror against innocent citizens.

On Tuesday, Nasim Najafi Aghdam, an Muslim Iranian immigrant armed with a 9mm handgun, shot three people at YouTube’s San Bruno, Calif. complex. Although Aghdam was a animal-rights activist vegan armed only with a small handgun, and not a conservative with a high-powered rifle, some on the Left still blamed the NRA.

The victims included a 36-year-old man in critical condition, a 32-year-old woman in serious condition and a 27-year-old woman in fair condition at San Francisco General Hospital, officials said. Police said three of the four “victims” — not including the shooter — were shot, and a fourth person suffered an ankle injury.

Witnesses told KTVU-TV that the suspect shot her boyfriend before killing herself, but police would not confirm identities or a possible motive. Investigators said the incident did not appear to be terrorism, the Los Angeles Times reported.

In response to the shooting, YouTube CEO Susan Wojcicki tweeted, “There are no words to describe how horrible it was to have an active shooter @YouTube today.”

“Our deepest gratitude to law enforcement & first responders for their rapid response,” she continued. “Our hearts go out to all those injured & impacted today. We will come together to heal as a family.”

The gunfire lasted approximately 30 seconds, witnesses told the San Francisco Chronicle. The suspect’s face was reportedly covered, leading some witnesses to think she was male.