It is illegal to destroy an eagle’s egg. Fines are as high as $5,000 and imprisonment up to 3 years. An eagles egg is not an eagle, many may argue. Regardless of what side of the political or social fence you sit, most would agree this law is a good thing. However, most laws protecting endangered species are driven by and supported by more Liberals than Conservatives. That doesn’t mean to say Conservatives love animals less than Liberals, just that Conservatives have chosen other causes over these, such as support of Pro Life (human life) instead.

An abortion cost around $750, is readily available in most major cities through Liberal supported organizations such as Planned Parenthood.

Liberals may argue that an eagle is an endangered species and therefore MUST be protected. 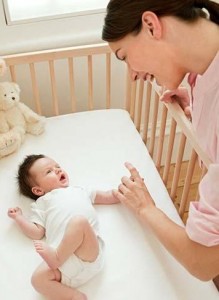 A Conservative can counter with the argument that a human life is a unique (endangered?) individual. No one can pre-determine that a destroyed fetus could not have been the next great musical composer, inventor, pioneer, discoverer of cures for cancer or aids, or the next great world leader. Therefore, being that pioneers, inventors, musical geniuses, scientists or great world leaders with rare talents and capabilities only make up a small percentage of the human race, one could argue they are an endangered individual species. Couldn’t they?

Father Pacholczyk, PHD says this: “One example I use a lot when giving testimony before lawmakers involves a 1940 American law protecting the bald eagle. The law states that if you come across a bald eagle’s nest containing eggs and you decide to destroy one of those eggs, you suffer the very same sanctions and penalties as if you had shot an adult bald eagle out of the air. What is so special about that bald eagle’s egg? What is inside that egg? The answer is very simple. It is an embryonic eagle. It is the very same creature that flies gloriously in the sky. Even an atheist can appreciate the cogency of such a law. We are eager to protect all sorts of animal life.

Yet when it comes to our own humble embryonic origins as humans, we go through sophisticated mental gymnastics to tell ourselves that we were never embryos. We are all too willing to sacrifice young humans on the altar of stem-cell research. There is a profound double standard here that people really need to assess and confront.”

If you suddenly find yourself in possession of an abandoned eagles egg found in your back yard, and realize you can not afford to take care to incubate the egg until it hatches then raise the eagle, or if you are alone and find that you do not have enough support to care for the eagle, or you find out that the mother who laid the egg was a violent eagle often found attacking neighbors cats, or you simply dont have time to care of the eagle because of your busy career, you do NOT have the right to destroy that eagle egg. If you do, and the environmental authorities find out about it, you could go to jail and be fined as much as $5,000.