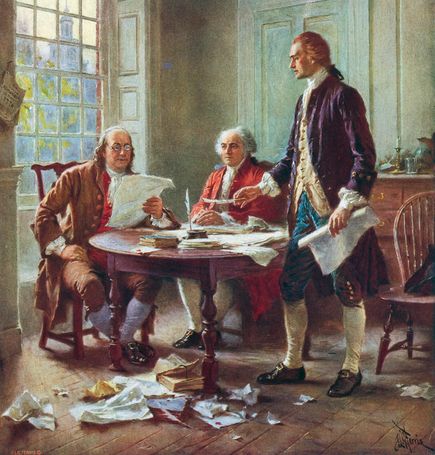 Divided States – Can celebrating the Fourth of July turn you into a Republican or a Conservative? A recent Harvard University study concludes holiday celebrations have a large impact into what shapes a child culturally, socially and politically. Case in point, the 4th of July.

According to the study, there is a direct link between a child’s participation in the national holiday and that same child’s subsequent voting, party identification and party contribution habits.

Here is the breakdown. According to the study, a successful Independence Day, more specifically one without rain, before the age of 18 raises the likelihood of identifying as a Republican by two percent. Mind you that is a single 4th of July. Not to belabor the point, but that means that assuming if, as a child there were ten fourth of July’s that you participated in and the day was sunny, then feasibly you would have a 20 percent higher likelihood of joining the Republican Party.

The study continues to indicate that the 4th of July celebrations is not a good thing at all for Democrats. The study claims, “There is no evidence of an increased likelihood of identifying as a Democrat, indicating that Fourth of July shifts preferences to the right rather than increasing political polarization.”

The lack of rain on the 4th of July increasing participation in politics makes sense. There are politically charged events and speeches, and the holiday itself is based on the love of America. As children, and even as adults, it is pounded into our heads that civic duty is the way to love American back. You know the whole “Vote or Die”, “Uncle Sam Wants You” bit.

But, the declaration that the celebration of the Declaration seeps conservatism into the minds of our youths is a little less on the side of logic. It’s hard to tell which side of the aisle the study speaks worse of. In its suggestion that a successful 4th of July forces children and adults alike towards the right is an implication that Democrats don’t stand for patriotism, or at least don’t make enough of a showing.

However, that isn’t to say that the Republicans are shown in an entirely pretty light either. The study states, “To the extent that there is a political congruence between the patriotism promoted on Fourth of July and Republican beliefs, celebrations in Republican dominated counties may be more politically biased occasions that socialize children into Republicans.”

This is where things get dicey. This is all based off of several assumptions, and whether or not they are generally regarded as truth is beside the point. Repeated over time, there is no way that the results would read the same or true. This study is a preliminary investigation and while it has its merits in terms of logic and persuasion, it lacks in cold hard irrefutable and repeatable data. 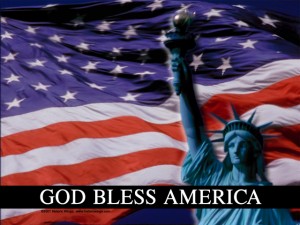 Algorithms and rain charts aside, allowing or participating in 4th of July events probably won’t be too dangerous in socializing your children or yourself, than what your child’s best friend’s parents believe or what is taught in school.

Just to be on the safe side though, if you’re liberal don’t feed your child too many hot dogs and cap the fireworks to 15 minutes top. (We kid.)

What do you think? Do you agree with the study? Will the 4th of July make you a Republican?