HomeConservatismHollywood Conservatives - Who Are They? - Republican Celebrities List
ConservatismHeadlines
February 17, 2012 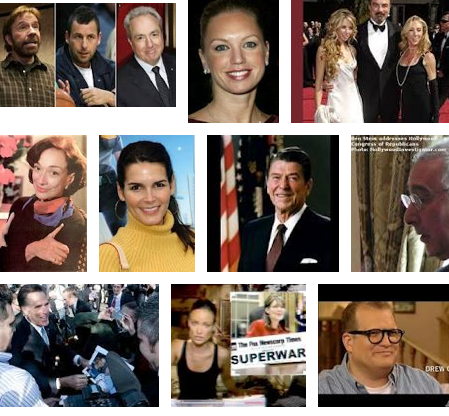 Cindy Crawford – Supermodel Cindy Crawford supported President Obama during the 2008 election, but has since moved over to Romney, helping out with a $10 million telethon for his campaign in May.

Fred Thompson – Former Republican Presidential candidate and Senator Fred Thompson (R-TN) has been a stalwart Republican for years, recently throwing his support behind Newt Gingrich, saying “He is not afraid.

He is tough. He is experienced. I don’t think any more it’s an advantage to be able to say I know nothing about the operations of the federal government.

Lauren Conrad & Heidi Montag – While the two young stars are best known as arch-nemeses on the MTV show “The Hills”, both reportedly rooted for John McCain in 2008.

Arnold Schwarzenegger – One of the most emblematic celebrity conservatives, Schwarzenegger served as the Republican governor of California between 2003 and 2011.

Curt Schilling – Schilling, bloody sock and all, has been an active supporter of Republican candidates, campaigning for George W. Bush in 2004 and supporting Sen. John McCain in 2007

Former Denver Broncos quarterback John Elway, who is now the executive VP for the team, has contributed to Republican candidates over the years, and was even considered to be a possible Senate candidate in 2008